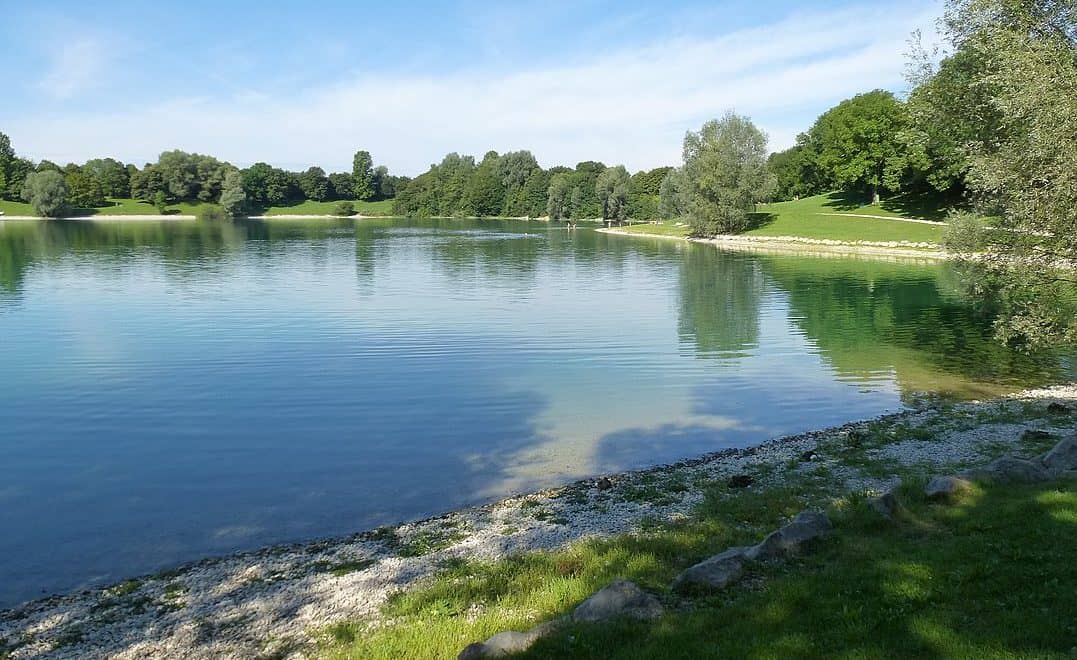 Biking in Munich is a lot of fun already. Inside of the city, there are a lot of beautiful routes for the bike. For major german cities unusual: a large open space in the middle of the city, countless parks, a bike road through the whole city right next to the river and further than that, the destinations outside of the city that you can easily reach with a bike. The routes to these lakes around Munich and attractions are exactly as appealing as the destinations themselves. We have put together a list of the best places to relax and routes to get there by bike for a summerly day trip.

Munich best attractions, destinations, and routes for the bike

Inside Munich, there is not much to bear in mind for bicyclers. Even if you don’t know your way around the city very well, it won’t be hard to orientate and find a way for you and your bike. A good rule of thumb is that every bigger street leads towards the city center, and since Munich isn’t organized in neighborhoods with many small streets, you don’t even have to drive on the big roads, but you can just follow the general direction. If you lose your orientation, you just have to get back on one of the big roads. Furthermore, you will find that many small green and white signs show the direction and distance to the next important points. Most of the destinations we describe here have these signs leading you there.

Along the Isar to the south

One of the most beautiful routes in Munich is of course along the river, through the English garden, to the south towards the Flaucher or the north to Unterföhring. This is not all of it, because there are more beautiful ways for the bike. If you go along the river Isar to the south, you can reach the Monastery Schäftlarn and drive next to the water almost all of the way. You don’t even have to drive this far because on the way you already pass the higher riverside and the Flaucher. There you can find the Zoo, Tierpark Hellabrunn if you are more interested in a stroll than biking. Furthermore, around Flaucher you can find several nice beer gardens and Restaurants that offer cooling refreshments for every exhausted biker.

Along the Isar to the north

If you start your tour along the Isar in the city center, most of your route will lead you through the English garden. It is one of the biggest inner-city parks on earth, even bigger than the central park in New York. You will find, that there the Park has many attraction itself: The Monopteros (from which you have a beautiful view over the city center), the Chinese tower (where there is also a beer garden), The Eisbach (Icecreek, where you should definitely watch the surfers), the Aumeister in the north and the beer garden Hirschau in the south.

On the west side of the Autobahn west of the Hirschau, you will find the Fröttmaninger Berg. From where you have a very nice view of the Allianz Arena. The Arena is the home stadium of Bayern Munich and it also offers guided tours. If you drive east instead of west, from Hirschau, by following the Isar channel on the far right side of the park, for example, you arrive at the Ismaninger Speichersee. There is a beautiful landscape for hiking and also a paradise for fans of bird watching. You can also follow the Isar until you arrive in Freising. If you only want to go one way with the bike, you can also take the Suburban Train (S-Bahn) to get in or out of the city center. This applies to all the destinations surrounding Munich that we present here.

From Nymphenburg along the Würm to the south

The English garden is not the only laid-out garden in the middle of Munich that looks like a wild forest. In the northwest of the city, there is the Nymphenburger Schlosspark and the castle with the same name. The park is perfect to go for a stroll, it’s big enough and beautiful enough. You can find a number of smaller castles and splendid houses that you can visit just like the main castle. If you want to do a bike tour though, you can drive west from the park to the river Würm.

To find the river you follow the channel that starts on the backside of the main castle. After you have passed Pasing and Planegg you can either turn left into the Forstenrieder Park. It is also huge and actually a wild forest. There you will find the Forsthaus Kasten that offers refreshments, animals to pet, and a labyrinth in a cornfield. If you just follow the Würm you will eventually reach the Starnberger See.

Instead of turning left in the southern direction, turn right to follow the Würm in the northern direction. The first attraction you will find on your way is Schloss Blutenburg. From there on you can continue your bike tour through the suburban areas of Munich. You will arrive at the train station Karlsfeld. From there you can turn into the town and go to lake Karlsfeld. It is not very well known for Munich’s people and therefore quite empty most of the time.

If you follow the river, you will reach Flugwerft Schleißheim after around half an hour of driving. This is an old air force yard. Today it is a museum that fascinatingly exhibits historical planes and depicts the history of german aviation. The museum also offers flights with the old passenger plane Ju-52, which they jokingly call “aunt Ju” or “old Ju”. Just a little bit further to the north is the castle, Schloss Schleißheim, which also has a beautiful garden.

Lakes around Munich and how to reach them with the bike

Next to these easy-to-reach attractions and beautiful biking routes, there are many swimming lakes around Munich. The ones we present here are of course easy to reach with a bike. They include the widely known ones as well as a few lesser-known ones.

The Ammersee is one of the most well-known and most liked swimming lakes around Munich. Therefore, it can’t be missed from our list. You can reach the lake with the suburban train as well as with the bike quite easily. The S-Bahn (S8 towards Herrsching) takes around 45 minutes and the drive with the bike takes around two hours.

To drive a nice route with the bike you best follow the river Würm until Gauting. In the town center, you then turn right and soon after left. If you do that, you will drive through nice green landscapes and not next to the main roads. Towns on the way are Hausen and Unering. Just before the Ammersee, you can find the Pilsensee. A bit to the north of that is the Wörthsee which is also a famous and beautiful lake and a bit smaller than the Ammersee.

This lake is not only known as a swimming and relaxing resort but in Bavaria and Munich widely-known for being the wet grave of the last Bavarian monarch Ludwig II. He is mostly famous for his splendid “Fairy tale castles”. Neuschwanstein as well as Herrenchiemsee were built on his orders, but he is not only a fairy tale king. He is also responsible for Bavaria joining the German Reich and for the joining of the Austrian side in the German-German war that happened before. The persona of the last Bavarian king is entwined in tales, legends, and speculations. Not only eccentricities during his lifetime awed his contemporaries, but also the uncertainties around his death and the cause of it are being contemplated until today. In Bavaria, he enjoys a certain legendary status. You will find his portrait on many cars, yards, flags, and in tourist shops.

Ludwig, or how the Bavarians call him comradely: “Da Kini” (the English equivalent would be something like: “the kingy”), died in Starnberg lake next to the turn of Berg. There you can also look at the cross that was put up to remember his death. Berg is located on the east side of the lake on its northern end. From Laim it takes around one and a half hours by bike to get there. The easiest way is just to follow the Autobahn A95, but you can also drive a little into Forstenrieder Park and find the bike trail that is much nicer to drive and also follows the highway. The S-Bahn S6 also goes to Tutzing on the most southern part of the lake and from Laim it takes around 40 minutes, the regional train only takes around 30.

In the east of Munich is the small and rather unknown lake Heimstetten. It is only two kilometers away from the city limits. The S-Bahn from Ostbahnhof (Munich East) takes around half an hour. With the bike, you will reach it approximately after 40 Minutes.

We have already described how to reach Oberschleissheim by bike. If you take the suburban train S1 from Laim and get off in Oberschleissheim, you can go to the Regattasee by bus. The other option is to take the S2 towards Petershausen. Get off in Dachau, and from there take the bus to the lake. Both ways take around 50 minutes. As both lakes are quite close to Munich but also quite unknown they are the perfect destinations for a bike ride in the summer or a spontaneous chill afternoon at the lake.

These lakes around Munich, attractions, and bike routes are the perfect destinations for a day trip in the upcoming summer. We wish you happy biking, and don’t forget to bring water, sun cream, and a towel!