The metropolitan university focuses on cosmopolitanism, imagination and forward-looking ideas. The official opening took place on June 26, 1472 under Duke Ludwig IX in Ingolstadt. The university was strongly influenced by the most important representative of humanism, Konrad Celtis. In 1494, Duke Ludwig’s son founded the Georgianum, a scholarship college for eleven needy theology students. This Georgianum then moved, together with the university, from Ingolstadt to Landshut and in 1826 to Munich to today’s Professor-Huber-Platz. Even after half a century, the Georgianum is still considered part of the university. Among its most famous students were Joseph Ratzinger or the priest Sebastian Kneipp. 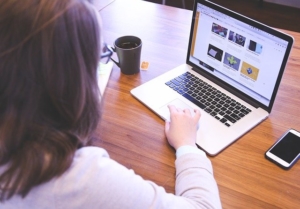 LMU is the most successful university in the German Excellence Competition. In addition, LMU is significantly involved in a cluster of excellence at the Technical University of Munich. With about 7500 foreign students from more than 125 countries, LMU is the academic home of most students from abroad in Germany. Munich and its LMU are considered one of Europe’s most important locations for education and research, media and technology.

The Technical University of Munich TUM

The TUM is one of the best universities in Europe. It is particularly distinguished by its excellence in research and teaching, interdisciplinarity and talent development. Its unparalleled cooperation with companies and the establishment of worldwide scientific institutions, are a key to its success. Since its founding in 1868 by King Ludwig II, TUM has been at the service of an increasingly technical society. In 1901, TUM received the right to award doctorates and just four years later, the first woman matriculated as a regular student. In 1967, the medical faculty was founded and the tradition-rich Klinikum, rechts der Isar, was integrated into the university.

Among the most famous students were, for example, the inventors of the refrigerator, the diesel engine and air liquefaction. The 13 faculties of the TUM have almost 14,000 students. Among them, one third are women. The university, including the University Hospital, has a budget of 1258 million euros. TUM is one of the first three universities of excellence in Germany. It regularly scores above average in national and international comparisons.

In addition to the Deutsches Museum, Munich has a wide range of research institutes to choose from. The spectrum ranges from heat insulation and wood research to pharmaceuticals. The Helmholtz Center Munich, for example, is engaged in research into widespread diseases and their connection with the environment, lifestyle and individual genetic dispositions. The focus here is on developing new approaches for helpful prevention, diagnosis and adherent therapy. The focus is on research into diabetes and chronic lung diseases. A focus on standards in systemic work, in areas such as psychotherapy, mediation, coaching, consulting and organizational development, is the Teaching and Research Institute for Systemic Studies. 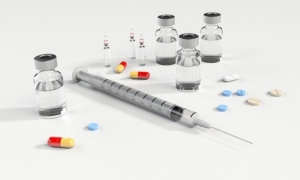 This institution was founded in 1978 and makes it its business to break new ground in systemic working. The Fraunhofer Institute for Building Physics, or IBP for short, has as its core successful building through building physics. This includes sound and noise protection, the optimization of acoustics in rooms or measures to increase energy efficiency. The question of indoor climate, hygiene, health protection, also represent an equally significant part of the research content, as do building protection and the preservation of historical monuments. The history of the newly founded association began with an entry in the register of associations in 1929. In 1958 it became a member of the Fraunhofer Gesellschaft.