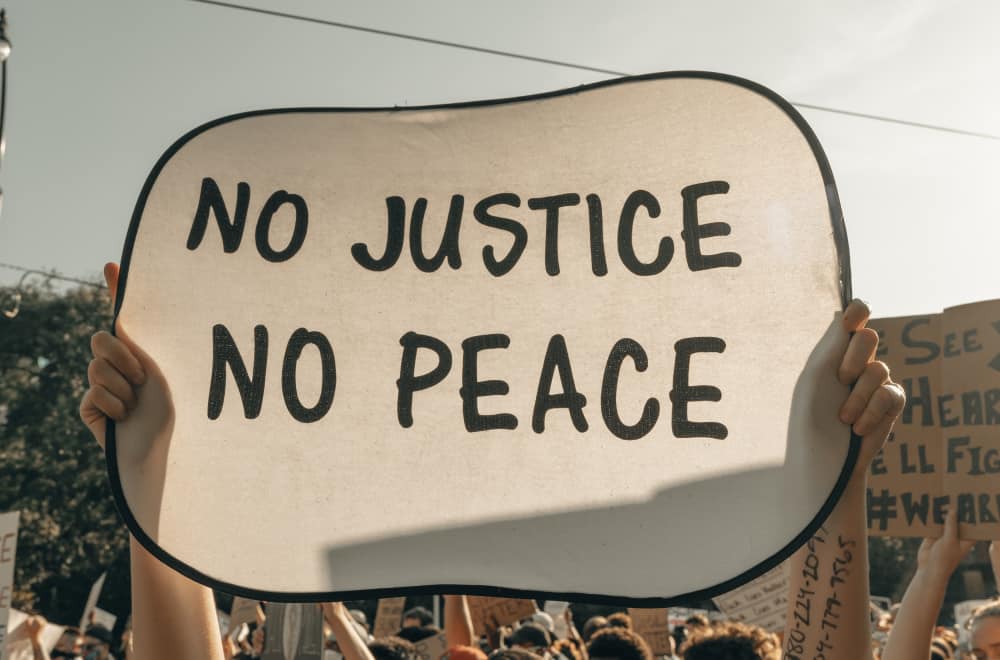 Munich is known for the Munich beer and the Oktoberfest. Often ignored is that Munich was in the last years also the root of some of the most successful and diverse protest movements in Germany. We talked to three young people from Munich that are all involved in different initiatives and movements. We asked them about the specialties, difficulties, and possibilities of political work in Munich.

Elisabeth B. is 15 years old and in the 9th grade of a high school in Kirchseeon close to Munich. She has been active in FridaysForFuture-Munich since January 2020. Apart from that, she is organized in smaller initiatives around Munich concerning the fights for women’s rights and against antisemitism.

Ben is 33 and grew up in the countryside around Munich. For a few years, he is active again in Munich and engages with the “ZeroCovid-Munich” Initiative, the “neighborhood solidarity network” (“solidarische Nachbarschaftshilfe”) and “Solidarity against conspiracy theories” (“Solidarität statt Verschwörungswahn”). In 2018, he was also involved in the organization of the protests against the reform of the police’s code of conduct (Polizeiaufgabengesetz PAG).

Jiréh Emanuel is 26 and lives in Munich since the age of ten, he was born in Frankfurt am Main. In Munich, he is working as a Musician and Activist. The Campaign Stop the N-word Munich has been started by him. He wrote a song about his experience with the N-word: “The story of J.J”. He has always been political. Experiences of exclusion and discrimination as well as racist abuse that he had to endure as a “Black, Afro-German and a Hesse in Exile” encouraged his will “to fight injustice and the conditions”.

Munich – Capital of Weisswurst and the CSU – what else?

Munich is not an easy place to politically organize. In comparison to Berlin or Hamburg, where politics are part of everyday youth life and protest-actions are part of the image of the city, Munich is a hostile environment for activists. At least Ben and Jiréh perceive it that way:

What bothers me about Munich is that it is a very authoritarian City. A lot of Police, a very repressive atmosphere, a very conservative disposition, and in general little alternative life. […] When you are politically active in Munich you instantly notice that fear of repression is a big topic.”

„I know Munich as openly conservative. I think that is very accurate. There is an equilibrium between the liberal lifestyle and the open conservativeness of the city. […] Munich is colorful, Munich presents itself as cosmopolitan, but in Munich, there is a lot of open racism, but also the subtle and underlying racism of citizens and the organs of the municipality, may it be structural or institutional.”

Ben says that this exactly can be a motivation to get organized and active:

„Exactly because the city has so few alternative forms of life and such a conservative disposition, it is especially useful to engage in political organizing.”

This side that Munich shows to its inhabitants is in no way the only side that Munich has to offer. The truth lies somewhere in between and everybody in the city has a different view of it. A big portion of the city’s youth sees only the rich and repressive character, the other big portion sees Munich as a cultural stronghold, Elisabeth told us for example:

„It was big and had a lot of Museums that we went to with my grandmother. Sometimes even Concerts for children. […] I always liked about Munich, that culturally it had so much to offer, the museums as well as musically. Munich is really rich in culture.“

Politically a lot changed for young people in Munich. There has been a blossom of various protest cultures. They built upon already existing structures and mentality spoke to a broad public and showed Munichs until then hidden potential. The FridaysForFuture movement has one of its biggest local organizations in Munich. The BlackLifesMatter demonstration on June 6th, 2020 was the biggest in all of Germany.

Elisabeth explains what is so special about the F4F local group in Munich:

Because our group in Munich is so big, we have the ability not only to organize big demonstrations but also to do long-term Media work, be present at public discussions, or to be directly in contact with MPs. In other smaller groups, this is not always possible.”

Jiréh about the BLM demonstration:

I am proud to be from Munich. My pride for our city grew from the demonstration on June 6th where we all together put down a mark against hate, racist violence, and inhumanity.”

Ben about civil society in Munich:

Always comforting to me about Munich was that whenever there would be gatherings of fascists, PEGIDA demonstrations, or talks of AFD functionals, there would also be a broad civil resistance. It is comforting to know that Munich has a general antifascist consensus.”

The modern history of protests and current movements

Since December 2018 FridaysForFuture Munich takes to the streets. What began with 20 people in the freezing cold on Max-Joseph square, peaked on September 9th, 2019 in one of the biggest demonstrations of modern Munich history with over 40.000 people attending. The FridaysForFuture movement didn’t just come out of nothing though.

In early 2018, in the context of the elections, there was a series of mass demonstrations that brought 10.000s to the streets every few months.”

During this period a law to strengthen the authority of law enforcement through massive changes in the polices’ code of conduct had been brought to the floor of parliament. The protest movements that were organized against this law were heavily co-organized by the city’s youth. So-called NoPAG youth and a variety of artistic initiatives were formed. The involvement that was mobilized during this period politicized many young adults that are still active in political organizing today.

Ben talks about that:

The protests of 2018 politicized many people and especially for young people this was a moment where many of them would become politically active for the first time. Today I often meet people that started politically organizing in that time and are now active on a long-term basis.”

The commitment around NoPAG touched me and it was impressive to me that people rose up.”

The summer of 2018 was indeed for many a special and motivating experience. But in the end most people went in different directions and today work on their own thematics. Climate politics dominated the face of the city for quite some time, but also the fights against gentrification and high rents, for responsible and sustainable agriculture, and humane handling of refugees, were hugely successful in Munich. Obviously, the focus is on Covid-19 politics, but that doesn’t mean that other topics don’t get any publicity.

Campaign to oust the N-word

The campaign to oust the N-word is right now very public in Munich. During the last weeks, Jiréh has given 5 interviews to big media outlets. Among these are the SZ and the BR. The interview in the SZ has been given a prominent place in the youth section of the Newspaper. It even earned a place in the “Munich Window”. The screens visible in Subway cars and stations.

The campaign aims at the recognition of the N-word as an insult and to criminalize its use on a municipal and then national scale. On the 25th of May 2021 the municipal committee of migration will decide on the petition. Then, if accepted, recommend its implementation to the general meeting of the city council. The city council will then have three months to agree on and implement it.

Jiréh explains the motives to criminalize the use of the N-word:

The N-word comes from the Portuguese and Spanish language. It was used during colonial times to dehumanize Blacks, to portray them as stupid, lazy, and less valuable. It was used to create a justification of exploitation and slavery. […] The N-word never had a positive, neutral, or solely descriptive character, from the beginning it was filled with these negative stereotypes of colonialist and racist thought.”

These conversations have given us a very interesting insight into the motivations of politically active young adults in Munich. The image that so many people around Germany have of Munich does have its merits, but in the end, Munich is still a city where youth culture can blossom if it is demanded and fought for.

The next article will answer the question of if this stayed the same after the Covid-19 pandemic arrived in Munich. We talked to the same people and asked them what changed in the political life of the city’s youth.