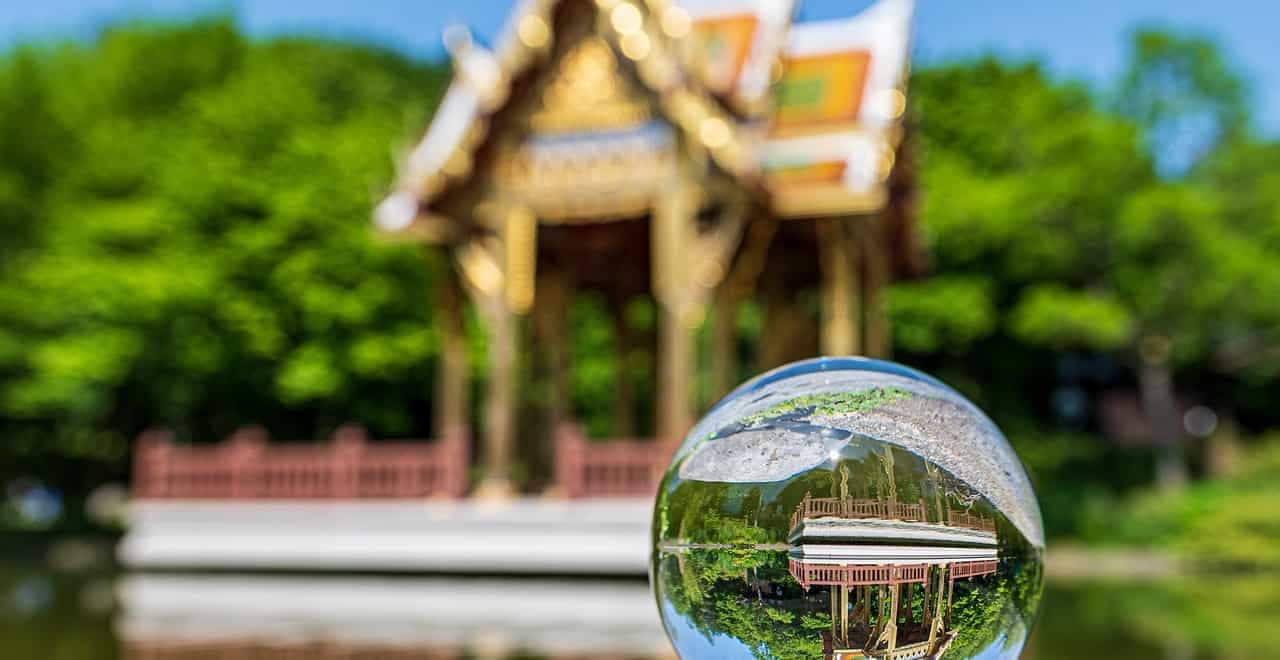 Hi! This blog article shows you what you can do during the lockdown time in Munich to feel good and have a successful day. But let’s be honest. In this article, I am referring to specific places you have to see on a day in Munich. You can, however, use my counting regardless of where you live.

A brief summary of the listing for a day in Munich

1. Get up early & run through the Westpark in Munich.

2. A trip to Munich’s university district

3. End the day with a delicious meal.

Wake up early and run through Munich’s Westpark

Getting up early and immediately going for a run has several advantages. In addition to the numerous health benefits, the main focus is on the mental aspect, mindfulness and concentration throughout the day.

In addition, you can see the beauty of Munich’s West Park every day anew.

Your running route should definitely go through the Far Eastern part of Munich’s West Park.

Did you know when the Nepalese pagoda was brought to Munich from Nepal for the 1983 horticultural exhibition, 400 kilograms of hashish were smuggled into the cavities of the carvings. The illegal intoxicant is of course no longer there, but Asia flair is.

In seven months the pagoda, a foundation of a voluntary cultural association, was carved by a total of 300 artisans. For the very first time in 200 years, a complete pagoda was created using traditional methods. There is also a Thai sala, or a temple, to be discovered together with a nine-meter Buddha statue floating in the West Lake.

The art carver Noppadol Khamlae statue, created, was the only free-standing Buddha shrine in Europe at the time of its construction. Buddhist festivals are held here in spring and summer, but also in the rest of the year through the western part of the West Park are surrounded by strollers touching the Far East.

You can find more about the Westpark here in the detailed article.

The far eastern part of the Westpark is definitely the perfect place to switch off. Oh, and one more thing, it’s Sunday noon and I’m sitting in Westpark.

As you can see, Westpark is pretty crowded, so it’s best to choose a time outside of Sunday noon to visit Westpark.

Take a trip to Maxvorstadt (aka the Munich University District)

A Parisian friend of mine said when I first took her to the Munich University Quarter: “It’s like Paris.”

The atmosphere is completely different from the other districts. Maxvorstadt is by far the most beautiful urban location in Munich. Therefore you should definitely go to these places here.

On the one hand, there is the Alte Pinakothek. It was orchestrated by King Ludwig I of Bavaria and opened in 1836. This makes it one of the most traditional art galleries in Germany and used to be the largest museum in the world.

The Alte Pinakothek has influenced the architecture of numerous museums and galleries across Europe, with almost original replicas from Saint Petersburg to Brussels. Its magnificent galleries are lit by large skylights and it displays over 800 European masterpieces from the Middle Ages to the end of Rococo. The most important exhibitions include paintings from Old Italy, Old Germany, Old Netherlands and Flanders, with masterpieces by Albrecht Dürer, Peter Paul Rubens and Leonardo da Vinci, among others.

The Neue Pinakothek houses more recent works of art from the 19th century. It was also donated by King Ludwig I of Bavaria in 1853 and rebuilt in 1981.

There are around 400 paintings and sculptures, with German works by the romantic Caspar David Friedrich and the private art collection of King Ludwig I in the foreground. There is also a fantastic collection of art from French impressionists such as Monet, Degas and Renoir.

Both art galleries are currently closed. The latest information on the reopening can be found on the website of the Pinakothek München. https://www.pinakothek.de/

Discover the best cafes in the University District

We will write a detailed article about the cafes in the university district. Here is a little insight into.

Whether you want to work out the next business idea or brainstorm the new blog article topic, the Lost Weekend offers you the best conditions for it. Filled with its numerous work-motivated students, you will get the energy you need here to implement your idea. Have a look!

You can find out more about the university district cafes in another blog article. So be curious.

End the day in Munich with a delicious meal

Even during the lockdown, there are numerous restaurants where you can order or pick up food to go. However, I limit myself to one very specific one, which you should definitely try.

Heartbeet is probably the freshest and tastiest bowl restaurant in town. Here you only get the best ingredients, which are put together in a cool bowl. And the whole thing is almost entirely vegetarian. My tip: make sure you take a ready-made bowl and don’t put one together yourself. The head chef and CEO, Peter Kraus, is a master of his craft. So trust the composition of its ingredients. I promise you will not be disappointed.

Even in these times, there are a lot of positive things to do in Munich. I hope that with my article I was able to give you an incentive to notice these things. Who knows, maybe the gastronomy will open again next month. Then you can definitely look forward to an article in which we will pick out the best cafes in Munich’s university district for you.

Until then, I wish you a successful time!