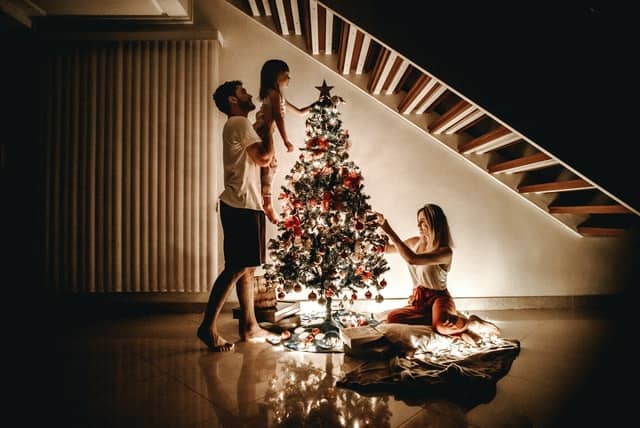 The Munich Christmas Markets won’t be happening this year due to Corona. That doesn’t mean though that a solemn atmosphere, thoughtful walks and Christmas shopping have to be cancelled altogether. We will present you with the best and safest alternatives to Munich’s Christmas markets.

It could be called dramatic; First advent came and went; First snow fell; Christmas is absolutely upon us and Santa has shown up on our door step and entered; But in Munich and in the whole of Bavaria all the stalls were disassembled. Thanks to Corona, once  more all plans and normality is going out the window.

We can say right away: Not all of them are spectacular, as many of them are “located” in the internet and therefore might have a hard time to actually give out a Christmas mood. Even the more reason to decorate your living room as Christmassy as possible to best prepare for this very special time of the year.

Bringing the Christmas Market into Your Living Room

The living room offers sheer endless possibilities for creating a stunning Christmas atmosphere. You don’t even need a Christmas tree, even though it would probably go a long way in creating that atmosphere. Handcrafting decorations, baking cookies, or installing a crib with the birth scene of Jesus.  Certainly you have your own ideas on how to design your living room according to your taste and how to invite the ghost of Christmas in your own personal way.

We wanted to inform you that the city of Munich has an online offer especially for lovers of handcrafting. Every Thursday you can find a new guide on the Internet. In the Himmelswerkstatt, the workshop of the angels, you can find tips and tricks for handcraft at home.

Normally Himmelswerkstatt is a booth on the Christmas Market on Marienplatz, but this year, as it had to be cancelled due to Covid, the shop was moved to the internet. As it was done with the digital musical advent calendar by  Volksmusik Magazin.

Furthermore Bayern 2 has released a CD, on it are Christmas songs written and performed by Bavarian artists, it’s called: The Christmassound of Bavaria 2.

Freezing in Giesing: The last stand

Munich doesn’t have to do without a Christmas market after all. Admittedly, Christkindlmarkt is an exaggeration in this case, because in Giesing there is no Christmas market, but there is a stand.

The neighborhood association “Wir in Giesing” (@wir_in_giesing) sets up a single hut on Tegernseer Platz. At this point, a full Christmas market was actually planned. In order not to leave the sellers completely out in the cold, they are now taking turns in who sells their items in the booth. Every day something different is sold in this wonderfully situated hut, among other things recordings of the bands that actually should have played at the Christmas market at Tegernseer Platz.

The city of Munich has also come up with something to offer a platform to the stand operators of the canceled Christmas markets. The city has put together a collection of all the websites of the sellers, where you can shop wonderfully for this year’s holy feast. All without leaving the house. The list of exhibitors is accompanied by a peak behind the scenes of Munich’s Christmas markets.

Of course, the Internet does not replace the evening and pre-Christmas stroll through Munich’s Christmas markets, but it still allows you to shop for some enchanting Christmas gifts.

For those who hang out at Christmas markets primarily not for the shopping opportunities, but for the hot and alcoholic refreshment, Munich also has something to offer this year. Because although Christkindlmärkte must remain closed, at least so far the restaurants are still open and mulled wine can be enjoyed (outdoors).

Detailed information regarding the corona measures of the city of Munich can be found at muenchen.de.

The magnificent Munich Nativity scenes can be admired not only in the National Museum, but also in countless churches throughout the city. You can find these churches on the Munich Crib Trail.

Munich has again more to offer than meets the eye at first. Next to the Top 10 Sights of Munich and the cozy bars there are still microbreweries that offer tours. These Alternatives to the Christmas markets that won’t be happening this year, will hopefully be able to safe the Christmas Mood! So Jolly Christmas!