The Bavarians affectionately call the Oktoberfest in munich, which has been held since 1810, the “Wiesn”. It takes place annually for 2 weeks from the end of September to the beginning of October on Munich’s Theresienwiese. The 42-hectare special area is located near the centre of Ludwigsvorstadt-Isarvorstadt. With an average of 6 million visitors, it is the largest public festival in the world. 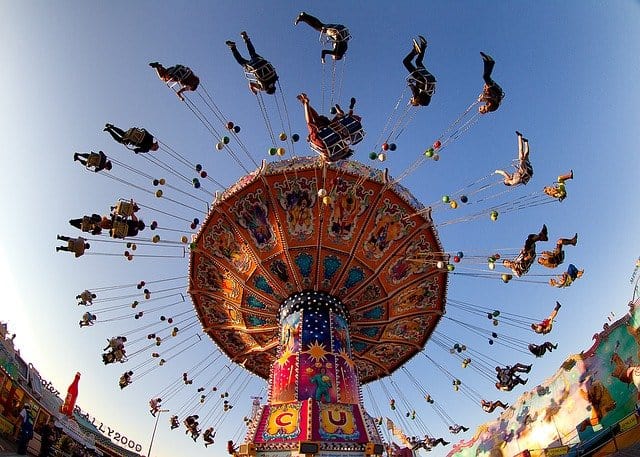 Since the 15 small and 14 large marquees can seat just 100,000 people, they are often closed shortly after opening due to overcrowding. Nevertheless, this does not detract from the joy and fun at the Wiesn. The Oktoberfest’s operating regulations state that only beer from traditional Munich breweries may be served at the festival.

Currently, these breweries, based in Munich, include Paulaner, Spatenbräu, Hacker-Pschorr, Augustiner, Hofbräu and Löwenbräu. The breweries sell around 60,000 hectolitres of beer annually on the Festwiese. In addition to the beer, guests consume almost half a million roast chicken at the Oktoberfest.

History and traditions of the Oktoberfest

The wedding of Crown Prince Ludwig I and Princess Therese took place in 1810 with many public and private events. Starting with a horse race, the annual event grew from the first swings and merry-go-rounds to an increasingly popular festival for the whole family. Towards the end of the 19th century it slowly became a nationally known folk festival, which today attracts visitors from all over the world. In years of war the festival was cancelled and after the 2nd World War there were no horse races any more. 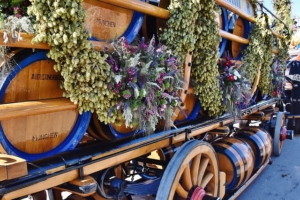 Instead, new traditions were created, which are still maintained today. The Oktoberfest in munich is celebrated with the arrival of the meadow landlords and breweries. They march in accompanied by music bands and carriages. Afterwards at 12 o’clock the keg is tapped by the current mayor of the city of Munich. The ceremony is still broadcast live on television today, as is the traditional costume and shooting day the following day. This was introduced in 1835 on the occasion of the silver wedding anniversary of King Ludwig I and Therese.

On the first Wiesen Sunday, around 9,500 participants present the traditional costumes, customs and folk dance of Bavaria. Festively dressed and with decorated floats, the guests of honour take to the Oktoberfestwiese in the city centre of Munich.

Attractions and the Oide Wiesn at the Oktoberfest in munich

Among the most popular attractions of the Oktoberfest in munich are the Ferris wheel, the “Schichtl” and the “Krinoline”. In the “Schichtl”, magic and curiosities are presented daily in short performances. Every year a show developed especially for the Oktoberfest is presented there, in which the passing public is always humorously insulted. The highlight of the event is the staged decapitation of a living person. The “Krinoline” is a traditional round carousel that has been an integral part of the Oktoberfest in munich for almost 100 years. 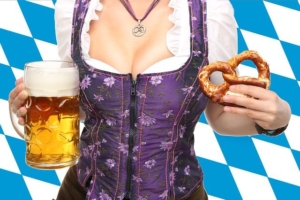 On the occasion of the 200th anniversary of the Oktoberfest, the Oide Wiesn was introduced for the first time some years ago. It takes place on the fringes of the Oktoberfest and is basically an independent event in its own right. There the visitor is offered historical rides, marquees and traditional attractions. Accompanied by an artistic and cultural programme, a museum and animal tent can be visited. The traditional horse race track is also presented there. The guests will be served a special dark beer, brewed by the Munich breweries together with the Oiden Wiesn. This is produced according to a historical recipe of the 19th century.

The best tips for the summer in Munich