Munich’s historic old town of Lehel covers an area of around 318 hectares. Around 20,000 inhabitants live here, of whom 1879 are children under 15 and 3333 are senior citizens. The old town forms the historic centre of Munich and was formerly fortified by a city wall. The old town was founded in 1158. In the Middle Ages it was roughly divided into three smaller quarters: the north-western Kreuzviertel, the Graggenauer Viertel, the Angerviertel and the Hackenviertel.

Lehel is the oldest suburb of Munich. It was first mentioned in writing in the 16th century as “auf den lehen”. The term refers to the light forest that probably grew in the area at that time. In 1724 Lehel came under the administration of Munich and was called “St.-Anna-Vorstadt” from the early 19th century. The church of St. Anna in the street of the same name is a reminder of this.

Today there are many imposing buildings from the Imperial period, which characterise the appearance of the district. The old town is bordered, among other things, by the English Garden and to the south by the Museum and Praterinsel. Lehel has a green area of approximately 638 hectares. There are 285 crèche places, 677 kindergarten places and ten schools.

Altstadt-Lehel, the district with the happiest inhabitants

The inhabitants of this district are said to be among the happiest in the Munich area. This can have many causes. One reason for the high level of satisfaction is probably the low unemployment rate. People here are employed and can afford a comfortable standard of living.

The Altstadt-Lehel has a very good infrastructure, it is the heart of the city of Munich. There are well-known department shops, a long pedestrian zone with small shops, the town hall and the Viktualienmarkt. In addition, there are many traditional shops in the old town, which provide an inviting atmosphere. Furthermore, there are various cultural offers in the old town. This density cannot be found anywhere else in Munich’s district.

When older people in the old town of Lehel are interviewed, they often answer that they like the peace and quiet. Especially at night it is quiet, no loud shouts on the streets. What not only residents but also visitors like about the district is the beautiful old architecture.

Most people have lived in Munich’s old town Lehel as long as they can remember. But not only the older inhabitants enjoy the peace and quiet. The young people interviewed also say that they appreciate the peace and quiet, precisely because they still live close to the city centre.

Activities in the old town of Lehel

In the old town there is the Bavarian National and Ethnological Museum, which exhibits interesting facts about the history of the town and its surroundings. Another highlight of the district is the famous Viktualienmarkt, which is visited by many residents and visitors alike. 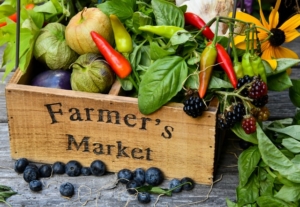 The original farmers’ market can now be visited every day – a permanent market for nutritious products such as fish, cheese and vegetables. Also worth a visit is the white Brewhouse or “Schneider Bräuhaus” Munich. The city’s inhabitants already call it their second home and a place everyone should know.