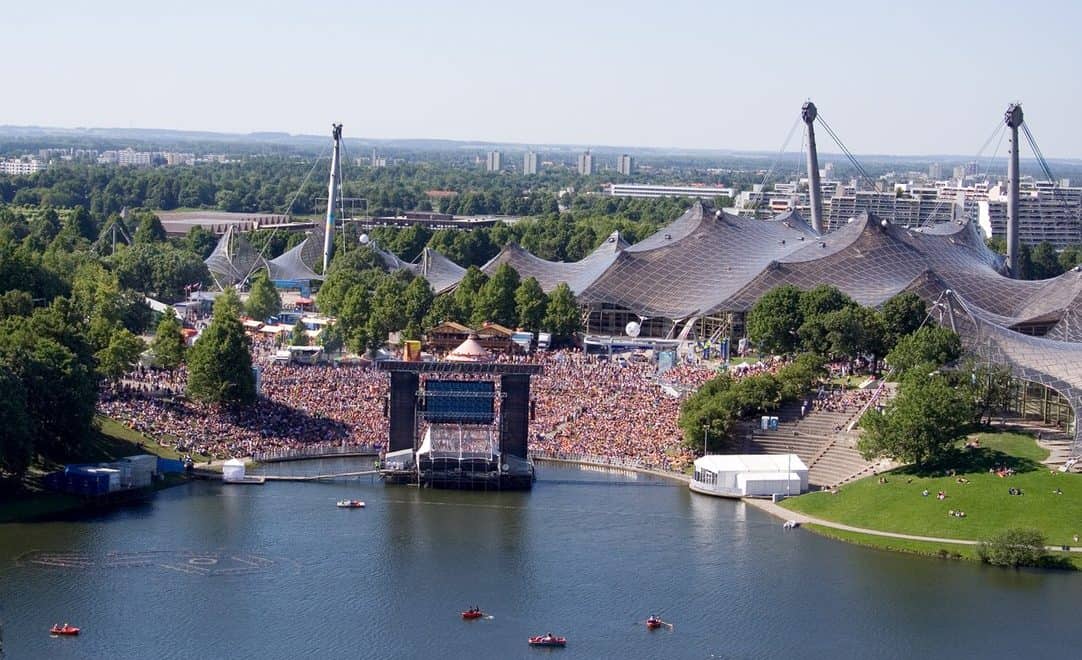 It is summer in the city! It’s a hot town, summer in the city, but at night it’s a different world. Well, that is true if you go to the cinema at night. Munich is a beautiful town to be in in the summer, so beautiful that a Munich band named “the spider murphy gang” made a song about it called “summer in the city”. This summer the city is a little different, you can still walk naked through the English garden, sit high on the monopteros or drink a beer at the Chinese tower, but it doesn’t really rhyme in English. What you can do is go to one of the open-air cinemas in Munich which are a classic and this year especially a safe classic!

On the first of June, the open-air cinemas opened again in Munich! This year that couldn’t be better timing, since the Corona measures are being dialed back extensively on the 7th of June. You can read more about the measures and the loosened restrictions on the website of the city of Munich. We will not discuss them further here. What we do want to point out is that there are few spare time activities that are that classic and at the same time so riskfree as open-air cinemas.

The city has, of course, implemented some covid measures so as to protect you and others during your visit to the cinema. Nevertheless, you might be happy to hear that the obligation to register in advance and to leave your personal information for infection tracking purposes was lifted for these events. Only if there are more than 250 people attending the show will they come into effect again. Of course, you are still obligated to keep social distancing and wear a mask while being present.

Directly translates to Cinema, Moon, and Stars and alludes to a very famous German lullaby. The events are happening in the lake theater (Seebuehne) in the Westpark, which is a perfect (and fenced-in) place to chill during night and day. It is also one of the most beautiful places to go to (or in front of) the cinema in Munich. Why in front? Well, the theater is designed like an amphitheater. So the uppermost ranks of the seats are situated on the top of a hill. Therefore, you could also sit outside, if you would only want to catch a small preview of the movie or if you are not yet decided as to whether you would like to enter or not and just want to watch from outside.

In any case, we definitely recommend paying for the entrance and getting a good seat in the amphitheater. Because, of course, the sound, as well as the view as well as the ground, are much better from inside. We highly recommend you to take some blankets and pillows with you, since sitting close to the lake on stone it can get pretty cold even on the summer nights. The website of the organizers will show you the detailed program of Kino, Mond und Sterne. We recommend using the bike as a means of transportation since the Westpark is one of the most beautiful places to bike in Munich. If you choose to take public transportation, the closest Tram stop is Stegener Weg.

This literally translates to fresh air cinema in the OneWorldHouse. It is the perfect option for politically and socially interested movie fans. The location houses a variety of socially and culturally engaged initiatives focussing on cross-culture and informative events and education. This summer will also see an open-air cinema here. The house is situated on Schwanthaler Strasse 80 right underneath the Forum Schwanthalerhoehe. The closest subway station is Theresienwiese.

A classic and appealing location, next to the historic Olympic stadium in the north of Munich. This year you will once again find the cinema Olympiasee (Olympic lake). Just as in Westpark you should bring pillows and blankets, even though you will be seated on chairs here. Noteworthy is the tool called Greta, an app for making movies accessible for everyone.

If you download it you can find subtitles and audio descriptions on your phone accompanying the movie. The location is easily reached with the Subway, Stations Olympiazentrum and Petuelring, or with the bus number 144, Station Spiridon-Louis-Ring. In each case, you will have to walk a bit through the park to reach the lake and the cinema there.

The Fuerstenfelder cinema summer is a small array of movie screenings outside that will only start in August. It is not surprisingly happening in the suburb Fuerstenfeld and therefore to be reached by S-Bahn (suburban train). The classic and deeply rooted in Munich culture open air on Koenigsplatz there is no information yet as to whether it will happen this year or not. Nevertheless, we can imagine that the city will not want to miss this absolute Munich highlight this year. Let’s stay tuned!

These cinema events in and around Munich are for many years a substantial part of the cultural life in Munich. Luckily, they are also inherently covid safe because of their open-air nature, so that we won’t have to miss them this year. Nevertheless, it is still obligatory to still be careful and considerate of your own and other people’s health. Stay safe and healthy and we wish you a lot of fun in the open-air cinema.