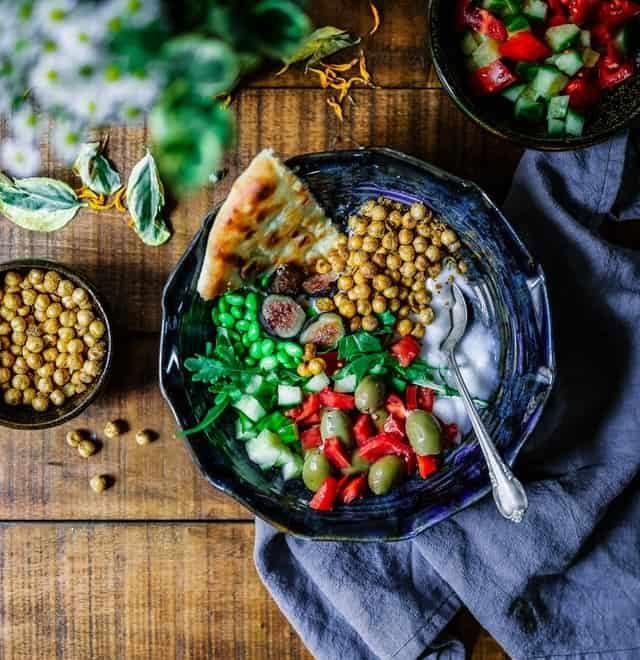 The stigma has long become style and everywhere fresh and vegan restaurants blossom like flowers in the spring. Today we look at where you can find the best vegan food in Munich!

Germany is the country of vegans. According to studies, in the year 2020 between 1.13 Mio and 2.6 Mio people in Germany where living exclusively on a vegan nutrition. In terms of introduction of new products in the year 2018 Germany was even world champion.

Nobody will be really surprised to hear that Berlin is the most vegan city in Germany. With around 100 solely vegan restaurants and a total of (and this is a conservative estimation, since it only counts exclusively vegan menus) 263 vegan eating options.

Vegan Food is a perfect fit for Munich

Generally, that big amount of vegan food in Munich isn’t exactly surprising. Munich is known for her youth, her middle-class and her hip-stylish appearance. That a fit for vegan – or – vegan is a fit for that.

Some perfect examples of that are the “Lost Weekend”, “Café Ignaz”, “Ice Date” and “Soy” in Schwabing. There’s also the “Siggi” close to Isartor in a perfect location and next to that typically Munich: Chick, Hip and not incredibly cheap.

The typical vegan restaurants that fulfill the clichés:

Good, let’s keep aside the classical hipster clichés. In Munich there are, next to the discredited hipster-vegan places, also quite some vegan restaurants where it doesn’t only count to be seen.

Vegan restaurants on this part of our list deserve credit for a number of different things. What they all definitely have in common is that they make very good vegan food. On the other hand, they also deserve emphasis for their taking of responsibility for all animals and humans on the human level. Others escape the doubtful honor to belong to the classic hipster places just by not being in the “right” neighborhood.

There are many more vegan restaurants in Munich

Though, there are many more vegan restaurants in Munich and places where you can eat vegan food in Munich, we can’t list them all. We choose these, as they are either classic vegan restaurants and can’t be missing from this list, or because they have something that differentiates them from the crowd.

Those who really want adobt the vegan lifestyle in Munich have many other options. In addition to restaurants, there are also numerous vegan clothing stores or second-hand stores, organic supermarkets are also by no means lacking in Munich. We will also deal with these in the future.