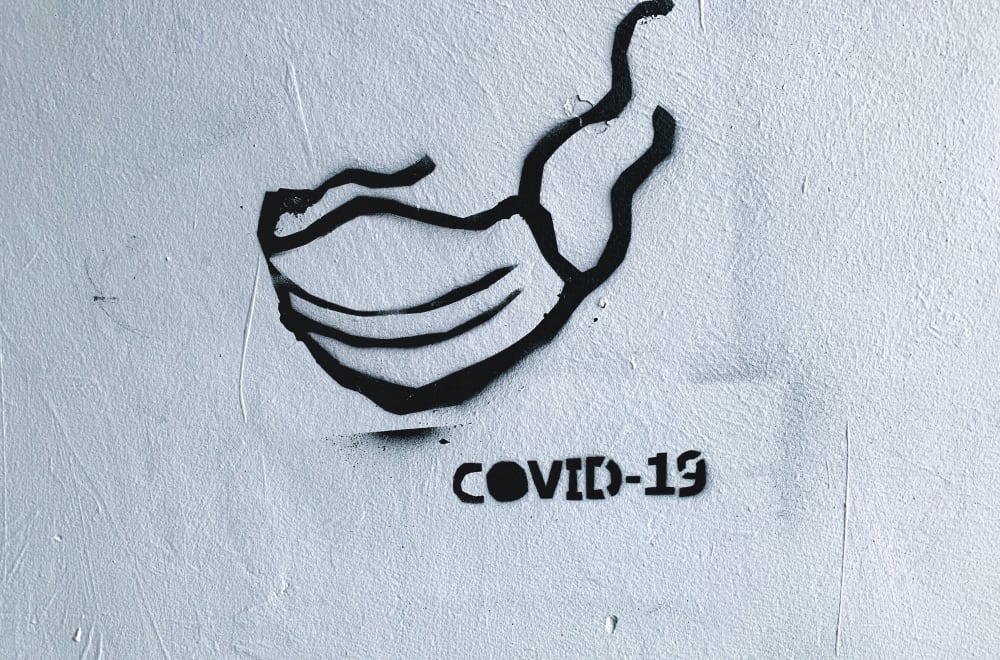 Elisabeth, Ben und Jiréh have described to us in our conversations with them which difficulties, possibilities, and specialties Munich offers to young and politically active people. Elisabeth is engaged with F4F, Ben is working on different initiatives concerned with the politics of the pandemic and Jiréh is working on a campaign to oust the n-word. The three explained to us how their work changed during the pandemic and described their views on the impacts of the pandemic.

The Situation before Corona and the changes because of it

Munich is not a city where youth culture flourishes like in other German cities. The last article looked at how political life is happening anyway and which movements of the last years have politicized Munich’s youth. This political engagement doesn’t stop because of the pandemic, the biggest changes are found in the ways of organizing.

In private as well as in political everyday life the impacts of the pandemic are very present. We asked Jiréh if this separation exists:

No. I cannot get out of my skin and say from one day to another that racism or discrimination doesn’t touch me anymore. Because of that, I have to address these issues in my personal life just like I do it in my political work.”

For many years the anti-racist and feminist theory has pointed out that the private and the political are the same thing. The pandemic now shows this to everybody, as never before have political decisions made such a big impact on our daily life and the structuring of our leisure-time has become a politically relevant decision.

For activists that means that now leisure doesn’t become politics anymore, but politics become leisure. The political work, as well as the private social contacts, are being transferred to the digital space. Elisabeth describes what that looks like:

[After the online plenary] most of the time we spend some time in the chat and talk to each other. Often we meet up in video calls even though we don’t have anything that we’re working on together just to work next to each other. This way we’re trying to keep up the friendly proximity and the community.”

So it is possible to keep socializing and organizing. Nevertheless, there are problems that the activists have to face in light of the covid pandemic. F4F has brought tens of thousands to the streets for two years and fought its way into the consciousness of the public and onto the front pages of the mass media. Now the movement has to face the problem that this kind of attention is gone and that the people have the impression that F4F is no longer active, Elisabeth says:

Our main leverage — getting many people to strike during school hours — just doesn’t work anymore. During Corona times “many” is not actually many. […] That way we give the impression that we’re not active anymore, because alternative forms of protest with fewer people like art-actions, light-installations, banners or posters, are less visible in the press.”

Important topics don’t just stop to be important, therefore pandemic-friendly ways of still being present in the public space have to be found, Ben says:

To resist Querdenken or to make the situation in the refugee camps a subject of discussion there is still the necessity to take to the streets. […] The contradiction to bring a lot of people together in the same public place of course forces us to change our political strategy. [The question, therefore, is:] What other ways of political influencing can you find? Very interesting right now is that one of the main changes for me is that I now engage in much more lobbying work. The focus is much more on approaching politicians with some paper or a specific problem or to take the protest into the digital space.”

We can observe that during the pandemic two forms of protest have come into the limelight that were exceptional before: small artistic actions with a small number of people and actions that only happen in the digital space. As well as the actions themselves, the organization of these actions has almost completely shifted into the internet. With ever-shrinking limitations of the communication surveillance of citizens, this development is from a data protection standpoint at least worrying.

Of course, political activists are not the ones that are being hit hard by the pandemic. For people that were already being marginalized before the outbreak of covid or lived in precarious living conditions, the situation has only worsened. Ben describes some of the problematics:

Last year the huge Covid-outbreaks in the food-industry were debated, these were mostly due to the bad hygienic conditions in the respective jobs. Luckily this led to a debate about the horrible working conditions. Another important issue that we have been addressing for many years is the collection-housing for refugees and the camps on the outer borders of Europe. Of course, the problem is the penning-in of humans, and Covid is worsening this general problem. Reductions of contacts or simple hygienic measures are simply not possible to implement under these living conditions. Corona doesn’t necessarily worsen these problematics but it gets even more obvious how bad the working and living conditions in these situations are.”

Jiréh talks about some of the issues his siblings are facing in schools and points out more problems:

I think that the schools are very far behind with the digital classes. The children are completely unprepared for the online classes. There has never been any kind of testing this out. Of course, nobody could foresee this pandemic, but we live in the year 2021 and digitalization is so far behind here. That is the reason why now it seems like such a huge task to organize the online classes well. Another thing is that not all students have access to good technology and therefore cannot prepare for or participate properly in the classes. I think it is difficult when some kids have to join the video-call with their smartphones while another more privileged kid is sitting in front of their IMac.”

Ben calls the pandemic a “burning lens” under which social disparities escalate. Trends that we have seen in countless industries over the past years, short-time, contract-less work, worsening working conditions, and deteriorating pay — sometimes below the poverty line — are getting even more troublesome for the affected. The initiative that Ben organizes in connects the demand for intelligent handling of the health situation with the necessity to address these general problems.

Zero Covid is looking for a solidary European solution for the pandemic, the reduction of new infections to virtually zero which will be accomplished through a strict shutdown that will also affect places of work, and employees you now can’t work will receive special support. Forced collective housing for refugees and homeless people should be closed and people housed individually, the health infrastructure is to be expanded, vaccinations should be freely available to everybody, and all of this will be paid for by a special “Covid-solidarity-payment” from the wealthy.

Of course, there is heavy criticism from the economic sector, but also “left” newspapers have criticized the proposal. The SZ called the demands “A criticism of Capitalism in passing” and “wishful thinking”. The TAZ is often quoted with the term “half-totalitarian phantasy”. The Sueddeutsche Zeitung claims that the proposals are not only not thought-through and unrealizable but also compares them to measures of the authoritarian regime of Venezuela. Furthermore, they ask themselves if the first signees have even read the document they were going to sign. TAZ says: “It always has something of a religion when people accept deprivations in the today for a noble objective in the future” and then gives as an example the children of the GDR who were forced to comply with the help of this far away goal.

When asked about this comment to these quotes Ben told us:

Spontaneously I would just say it’s funny. Zero Covid doesn’t demand the abolition of capitalism, actually we just demand a minimal program of solidarity which is acutely needed to face the pandemic in something close to a humanly dignifying way. If even this minimal-program appears to be unrealistic or unrealizable then there are good reasons to argue that this is only so because we lived in a capitalistic society in which even a minimum of solidarity is unrealizable.”

To the quote of the TAZ he gave the dry comment:

Actually, I think it’s hilarious, and I am irritated about who is writing for the TAZ these days. […] This choice of words by the author makes me worry more about the TAZ than our campaign.”

The demands of the Zero Covid campaign have stirred controversy, and that the two sides will not find a common ground that easily. It is as Elisabeth says that: “I think everybody has their own opinion about the corona-measures”

Political activism just as politics on a broader scale are governed by the pandemic, our private life is, and solutions for the obvious problems have to be found. These and many other things young people are fighting for. How they did that, and how they do it in times of Covid has changed, has changed them, and has changed Munich.