It is not easy for small cinemas to survive next to large cinemas and to welcome enough visitors in their cinemas. However, the arthouse cinemas in Munich prevail against the big providers with their very own appearance and style. They are regarded as plush, cosy and offer a familiar atmosphere with a manageable number of seats. Multiple awards prove that the operators are right to continue to maintain and offer the traditional presentation of cinema shows.

The perks of independent cinemas

With 40,000 – 50,000 visitors per year, the arthouse cinemas are far behind the visitor numbers of the cinema palaces. Those have revolutionised the market in the past decades with their presentation of blockbusters and sound technologies. Nevertheless, the cultural offerings are in no way inferior to those of large cinemas. Although arthouse cinemas are considered niche cinemas, they are still the darlings of the public. There you can feel the closeness to your seat neighbour again and feel much more like part of a whole group. 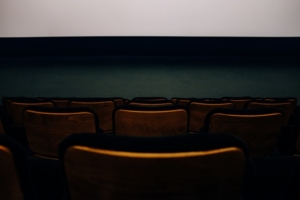 Literary adaptations or documentaries are much more strongly integrated into the programme in arthouse cinemas than in large cinema palaces. Nevertheless, German, European and Asian films are not neglected. Attention here is directed away from mainstream productions and towards ambitious and risk-taking films. Therefore the works of established directors are taken into account here as well as those of newcomers. In arthouse cinemas, viewers have the opportunity to enjoy the realisation of new film ideas and creative visual languages.

Many of munich’s arthouse cinemas have been restored and technically updated in recent years. Nevertheless, they all have one thing in common: they are and remain cosy. Additionally, the audience awaits the classic cinema performances on thickly upholstered armchairs in a red ambience. With the smell of fresh popcorn in their nose and in an almost private atmosphere, cinema lovers of all ages meet here.

The arthouse cinemas in munich are convincing, as they do not only show current movies. Here, discussions and readings take place regularly. Festivals are organised and short film nights are offered. The selection of films shown offers a cultural diversity. It is international and has high standards.

In Munich there are beautiful and cosy movie theatres in a total of 6 districts. So almost everyone has one near them. The Atelier Kino, Theatiner Film and the Filmtheater are located in the old town. In Maxvorstadt is the Studio Isabella. Schwabing offers the ABC Kino and the Monopolkino. The New Rex Filmtheatre is located in Laim and in Bogenhausen there is the Cadillac & Veranda. In the district Neuhausen there is the Filmkunsttheater Neues Rottmann. 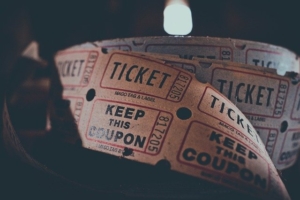 In almost all cinemas special events and school screenings are offered. Bonus and discount offers are included. Every cinema offers generous legroom with its cuddly armchairs. All locations invite you to exchange and get to know each other. Guests can easily get into conversation here and even company events are held regularly.

The arthouse cinemas are firmly integrated into the annual film art weeks. As well as other events that are important in the cinema scene. In addition to blockbusters, films that enrich the cultural landscape in Germany are also shown here. Original films are just as much a part of the programme as dubbed films.