Maxvorstadt is located in the center of Munich, directly adjacent to the old town. It includes the areas of the University, Königsplatz-Marsfeld and Josephsplatz. There live around 12,000 people and even the on average youngest population in the city. According to the statistical pocketbook from 2017, over 67 percent of the inhabitants are younger than 44 years.

Maxvorstadt received its name from the Bavarian King Maximilian I Joseph, who commissioned its design and construction at the beginning of the 19th century. At that time it was the first extension of the city of Munich. Today, especially young families live or move to Maxvorstadt – more precisely to the area around Königsplatz.

But not only families feel at home in the district. Pensioners also appreciate the district. For example, 22 percent of the residents are over 65 years old. The older generation prefers to live in the Thalkirchen-Obersendling district. This may be due to the fact that most new flats have been built in this area recently and that the older generations attach more importance to comfort, new construction and modern facilities.

An important centre for culture, education and administration 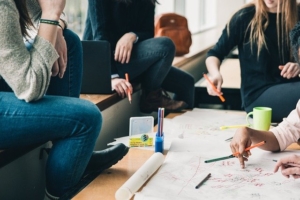 In Maxvorstadt, art, culture and educational institutions of the city are gathered in a very small area, above all the renowned Ludwig-Maximilians-Universität (LMU) and the Technische Universität (TU) with a total of more than 90,000 students per semester. Maxvorstadt has undergone a major transformation in recent decades simply because of the large number of students. For a long time, the district was considered a retirement quarter. But now many young people live and work here. The streets are bustling with activity.

The demand for flats – especially for single flats – has increased rapidly in recent years. Last year, around 7000 new flats were built throughout Munich, 707 of them in Maxvorstadt alone. The city is growing steadily. The Bertelmanns Foundation expects the population to grow by more than 14 percent by 2030. This means that Munich will have about 1.8 million inhabitants by then. 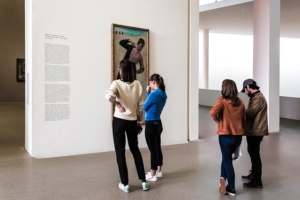 Art and culture also play a prominent role in Maxvorstadt. There is a high density of museums, archives and art collections in the city, including the Alte- und Neue Pinakothek, the Antikensammlung, the Bavarian State Archive, the Academy of Fine Arts and the Academy of Music and Theatre. There are also numerous administrative buildings such as courts, tax offices and the State Office of Criminal Investigation.

On the traces of Maxvorstadt’s past

Well-known personalities such as Thomas Mann and Franz Josef Strauß grew up, lived or worked in Maxvorstadt. Many buildings and places remain today as silent witnesses of the National Socialist era. One of these is the site of the former Gestapo headquarters, where Sophie and Hans Scholl were taken after their arrest. – Today a new administration building stands here.

The former headquarters of the NSDAP was also located in Maxvorstadt. Since 2005, a documentation centre as a place to remember and learn about the crimes of National Socialism. In changing special exhibitions, visitors have the opportunity to inform themselves about current social topics such as right-wing extremism and right-wing extremist violence.

The “Alter Simpl” inn has been located at Türkenstraße 57 since the beginning of the 20th century. The writer Thomas Mann used to spend a few evenings there. In the meantime, numerous other cafés, restaurants and bars have sprung up in the district. These include the “Jasmin” café, which takes its guests back to the 1950s, the “Ignaz” café with delicious vegan and vegetarian dishes and the “Laden” (shop) with fresh products from the Munich area.