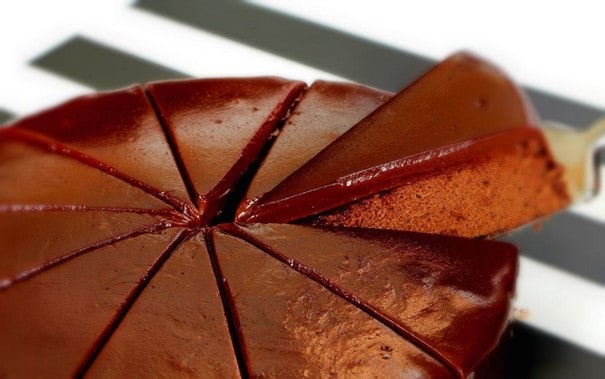 Munich is not yet the number one vegan capital, but it is well on the way to becoming so. We will show you which culinary delicacies have been available as vegan food in Munich for quite some time.

Café Ignaz has been focusing on vegan and vegetarian cuisine for over 30 years. Vegans who would like to feast on rich buffets are very welcome here. Guests should not be bothered by the fact that cheese is also offered. The menu of Café Ignaz is very long and offers the right dish for every taste.
There are Maultaschen, vegan chanterelle pancakes, Schupfnudel dishes and much more. Of course, there are all sorts of tasty treats for those with a sweet tooth. The in-house pastry shop makes sure of that. Whether vegan and/or gluten-free – Café Ignaz has long been a place where you can enjoy your vegan food in Munich.

The Gratitude is located in the Türkenstraße. It has been known as a vegan restaurant in Munich for a long time. In the middle of the university quarter, the Gratitude stands out with its stylish appearance. It has both an indoor and an outdoor area that invites you to stay here longer on cold and warm days. On the menu, the unusual dishes catch the eye. 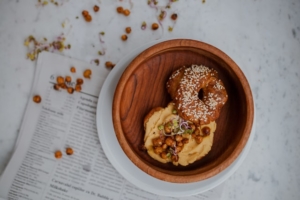 There are delicious humus bowls with falafel on braised Egerling. For dessert we can recommend vegan cheese cake on cashew basis – very tasty! The dishes are arranged decoratively on the plates, so that the water ran down our mouths just by looking at them. In order to get a place at the Gratitude, you should definitely make a reservation in advance.

In this teahouse visitors will find the best Matcha latte in Munich. But not only the popular hot drink is worth the trip. Tushita Teahouse is an oasis of well-being, a short holiday for the soul, right on Klenzestraße not far from Gärtnerplatz. The teahouse is particularly well frequented at lunchtime, because here, in addition to drinks, power vegetable menus are offered, which change daily.

Tushita Teahouse is specialised in Matcha. This healthy ingredient is not only available as tea, but also in many other forms. Popular are the Matcha Bliss Balls or the Matcha Cake, as well as the fancy cakes and pies like the delicate carrot-ginger cake or the chocolate-banana-walnut cake. The café attaches particular importance to fulfilling the wishes of its customers. For example, there are variations with or without sugar and/or gluten in their vegan food. 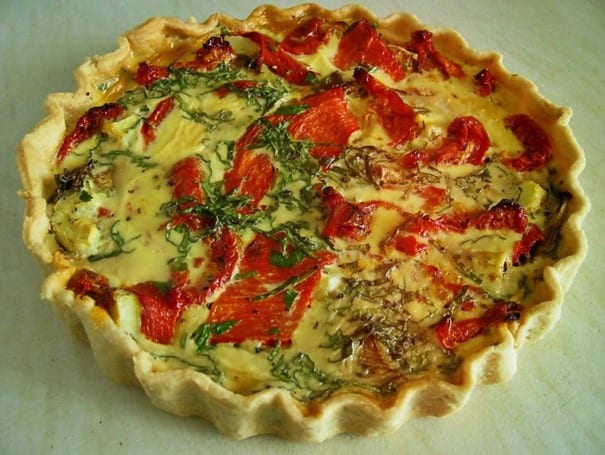 The Deli Kitchen is a vegan restaurant in Munich. It is located on Augusten Street, in the building that once housed the Yam Vegan Deli. Deli Kitchen serves delicious vegan and vegetarian food from Monday to Friday. The menu includes dishes such as sweet potato and peanut-ginger pot or vegan quiche variations.
Of course Deli Kitchen offers a variety of vegan food for dessert. In the meantime, the owners of Deli Kitchen have opened a branch, which is located in Gietlstraße. Thus vegans and vegetarians are also culinary delighted in Obergiesing.

There are many vegan snack bars in the centre of Munich. However, these are usually very narrow and full, so that guests cannot enjoy their food in peace. Just for such occasions there is a vegan restaurant in Munich not far away, the vegan restaurant Max Pett. It’s more expensive there than in the snack bar, but it’s quiet and cosy. On warm days it is recommended to sit outside. Even on colder days you can stand it, as the Max Pett is equipped with cosy blankets in which you can wrap yourself. 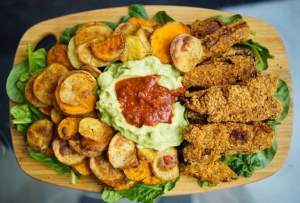 The menu includes breakfast, lunch, snacks, dinner and dessert. The menu offers familiar vegan dishes such as carrot-ginger soup and hearty dishes such as schnitzel, meat-free of course. It is important to know that no alcohol is served at Max Pett. There is beer and wine, but only in the non-alcoholic version.