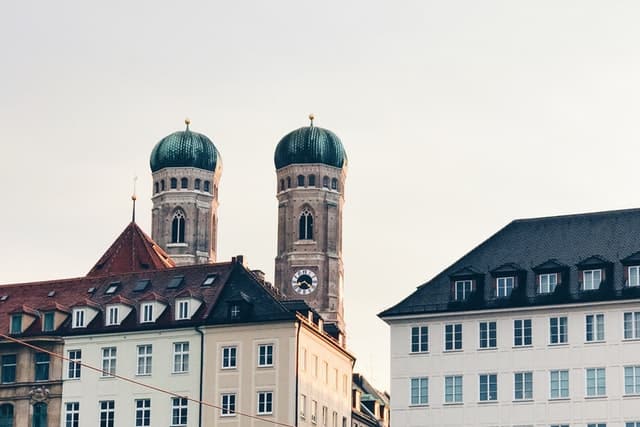 Munich doesn’t only consist of Marienplatz and Frauenkirche, there is more! Munich is full of interesting places and sights that are not necessarily found in every travel-guide book. These alternative Munich sights are places that are worth visiting, because they might be intriguing, mysterious, or fascinating, but couldn’t be classified as classic tourist attractions. They wouldn’t be interesting for “normal” tourism. Nevertheless, we think these 6 alternative Munich sights are definitely worth visiting!

Why alternative sights are fascinating us

The places that found a space on this list are fascinating (us) because of many different reasons. It might be a piece of living history, or it is “only” a little of an unknown sight outside of the tourist industry’s sight. This is exactly the reason why we think that these places shouldn’t be forgotten. If somebody wants to visit and experience Munich, they should know these places, too. If you, for whatever reasons, don’t want to see the top 10 sights in Munich, then this list of alternative sights of Munich is exactly the right thing for you. Of course, the famous Munich tourist attractions and the alternative sights of Munich are not mutually exclusive, and both are definitely worth visiting.

Street Art doesn’t play a big role in Munich’s culture. Quite the opposite actually, spraying and tagging is punished relentlessly. Therefore, you will not find many colorful walls in Munich like it would be the case in Berlin for example.

In the butchers’ quarters (Schlachthofviertel) and around the club Bahnwärter Thiel the situation is different. Due to a deal with the municipality it is allowed in some places around here to spray and practice street art. Bahnwärter Thiel is therefore not only good alternative sight because of its parties and concerts, but also because of its colorful street art around.

High above the Waves – The Party Boat Utting

Once, the Utting used to sail tourists around Ammersee, today she lowered her anchor forever and not even on the water anymore, but in the middle of Munich. Just a few minutes walking away from Bahnwärter the Utting is anchored high above the street on an old railway bridge. The story of the Utting, how she was transferred from Ammersee to Munich and placed on a bridge, made big waves in the press. Since then, the Utting is another deeply rooted sight in Munich’s cityscape. Just as much as the close-by Bahnwärter the Utting is an alternative sight that is as much a very impressing thing to look at as a very good place to go out at night.

Just once a year – The huge flee market on Theresienwiese

There is a high chance that this alternative attraction will this year once again not happen. Even when it happens normally it only happens once a year. Of course, we hope that this golden treasure chest for (really) everything will happen again soon.

On the huge-flea-market you browse around for hours or get all kind of useful, or useless stuff. Not only inhabitants of the city sell their goods there, traders from all over Germany and the world come here and sell really amazing things.

The abandoned school for deaf children on Fürstenriederstraße is really a sight and worth visiting, even though there is not much left to be found of the treasures of this alternative sight. Because, of course, you are not allowed to enter and explore the building. During the last years, the school burned, but even before that, entering was prohibited. That didn’t stop everybody, and many people entered anyway, which may be a reason why it burned. Originally, the building used to be a sanatorium until its destruction during WW2. After reconstruction it was used again, like during the NS-dictatorship, as a school for deaf children.

Vivid and Deserted – The old Subway-station in Olympiapark

The Olympiapark is of course a sight of Munich, and a very famous one, too. The old subway-station, built for the Olympic games of ’72 and after that put taken out of order, on the other hand, is an alternative sight on its own. On a regular basis, the Munich “underground scene” has illegal parties and raves here. We have to inform you, of course, that entering this area is prohibited and constitutes a criminal offense, just as with the school for the deaf. Theoretically, it would be an interesting thing to see, too bad that this is impossible.

First of all, Hackerbrücke is a car-bridge over the main suburban-train link of the city, on the other hand it’s alternative and a sight. Hackerbrücke is a S-Bahn station just before Hauptbahnhof, if you come from the west. At first glance, the bridge is nothing special, if you look twice, you will see the beautiful view, and many of Munich’s kids sitting in the steel-links of the bridge.

From there you have a beautiful view (during the right time of day) of the sundown to one side and the Munich skyline to the other. To best enjoy the view, get one or two of your friends, some beers and join the people on the steel-links of the bridge. By now, this is a very well-known or common hang-out spot, and a perfect place to make new acquaintances.